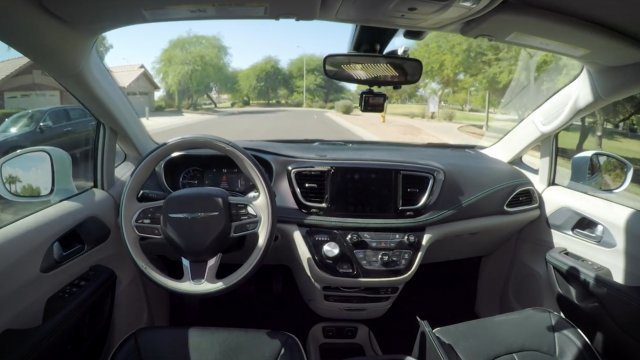 The autonomous car company says its vehicles have been getting around without backup drivers behind the wheel.

Waymo is killing the self-driving car game: It just became the first company to put fully autonomous vehicles on a public road without safety backup drivers at the wheel, and the company plans to start offering rides to customers soon.

The company made a surprise announcement Tuesday that its autonomous cars have been getting around with no one in the driver's seat since Oct. 19.

Waymo CEO John Krafcik said: "This is the most advanced vehicle we've developed to date. ... Everything in it is designed and built for full autonomy." Most autonomous cars have safety drivers behind the wheel just in case, but Waymo will now put employees in the back seat rather than the front.

The tech company announced Tuesday it completed a deal to acquire Mobileye, an Israeli company that makes sensors and cameras for vehicles.

The truly driverless cars are only operating in a Phoenix, Arizona, suburb for now. But given the stakes, it's still a pretty bold move.

Uber, Delphi, General Motors and Intel are among the many companies working on autonomous vehicle technology, but as far as we know their test drives still have humans at the wheel.

Waymo says in a few months it plans to allow passengers who are part of Waymo's Early Rider program to test the vehicles.

The service began with employee-only participation.

The company wants to create a ride service similar to Uber or Lyft where riders use an app to hail self-driving cars. A partnership with Lyft struck earlier this year could help Waymo achieve that goal.