Waymo Gets Approval To Launch A Commercial Ride-Hailing Service 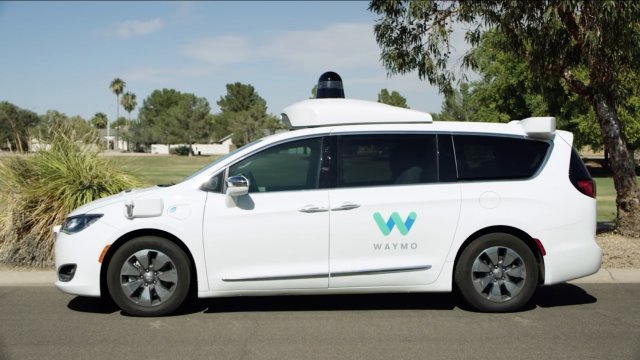 SMS
Waymo Gets Approval To Launch A Commercial Ride-Hailing Service
By Lindsey Pulse
By Lindsey Pulse
February 17, 2018
Arizona gave the "OK" for Waymo to operate as a transportation network company like Uber or Lyft.
SHOW TRANSCRIPT

Google's self-driving car spinoff Waymo is getting ready to launch its own commercial ride-hailing service — without human drivers.

Quartz reports Waymo got approval in late January to operate as a transportation network company in Arizona. That means instead of continuing to offer free rides in its autonomous  ehicles, Waymo can start charging for them.

Waymo started testing completely driverless vehicles in parts of Arizona in November. Its yet-to-be-launched service will probably look a lot like Lyft or Uber.

Waymo says it wants to start its commercial ride-hailing service in Phoenix sometime this year.