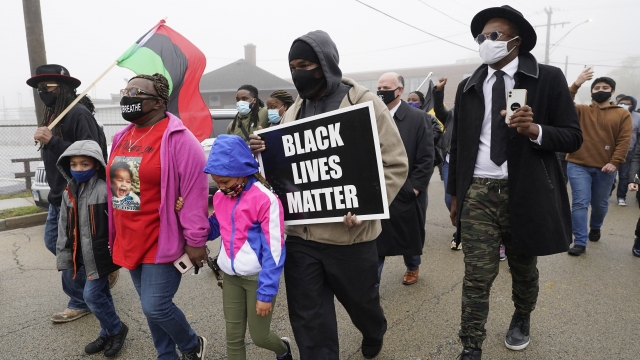 A police officer who shot an unarmed Black couple during a traffic stop in Illinois, killing the man and injuring the woman, has been fired by the Waukegan Police Department.

In a statement Friday, the department's police chief said the officer committed "multiple policy and procedure violations," during the incident which had occurred Tuesday night. The officer's name wasn't released.

According to The Associated Press, Marcellis Stinnette and Tafara Williams were in a vehicle that police said fled a traffic stop earlier in the night. Authorities say the vehicle was later spotted and approached by officers and, as it began to move in reverse, one officer opened fire.

The shooting has sparked protests in the community and calls for police video of the shooting to be released to the public.

The officer's dismissal from the department follows an announcement by the Lake County chief prosecutor that the FBI and the Illinois State Police will be investigating the shooting. In addition, the local prosecutor is also calling for the U.S. Justice Department to review the shooting.