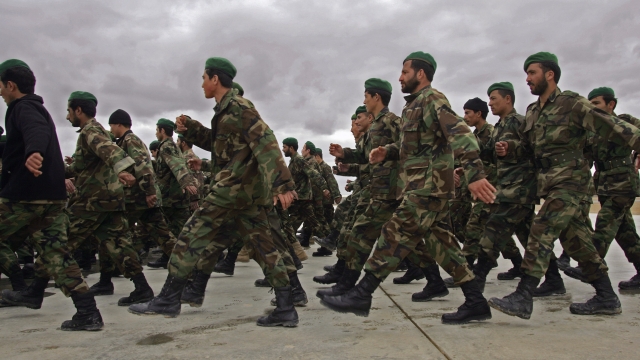 The Afghan government's control over the country continues to shrink, according to the latest report from a U.S. watchdog agency.

In its latest report to Congress released Wednesday, the Special Inspector General for Afghanistan Reconstruction said that as of late October 2018, Kabul controlled or influenced about 54 percent of the country's 407 districts. That's a slight drop from the previous quarter.

During the same time frame, the number of districts controlled or influenced by the Taliban and the amount of contested territory in Afghanistan both reportedly increased.

The report also says the number of Afghan security forces are decreasing. It clocked the total number of troops to roughly 308,700, noting that's the lowest figure since NATO began its Resolute Support mission in 2015 to train, advise and assist Afghan forces.

Afghan President Ashraf Ghani recently revealed that more than 45,000 Afghan troops have been killed since he took office in 2014. On top of that, Reuters says security analysts point to unauthorized absences and re-enlistment issues as reasons why troop numbers are dwindling.

The watchdog report was released just days after U.S. and Taliban officials agreed to a framework for a peace deal in the region. Nothing's official yet and Kabul didn't participate in the discussions, but the chief U.S. negotiator says the agreement could include the withdrawal of U.S. troops and Taliban and Afghan officials creating lines of direct communication.