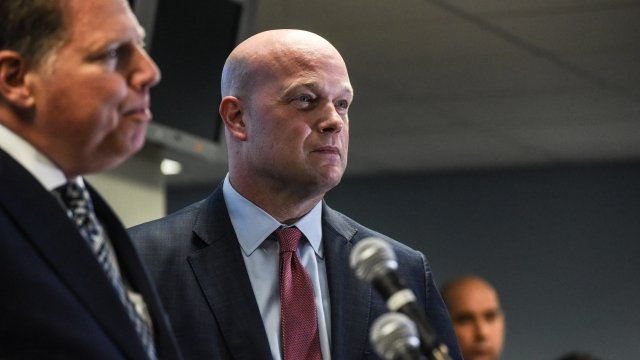 American Oversight points to political donations to Whitaker's 2014 U.S. Senate campaign committee. According to Federal Election Commission records, that old committee took in four donations worth $8,800 in January and February of 2018.

The Hatch Act prevents federal employees from engaging in political activity, and Whitaker joined the Department of Justice in October 2017, a few months before those donations came in.

The watchdog also calls the lack of campaign action in prior years suspicious. FEC records show the last time Whitaker's committee took in a notable donation before this year was July 2014.

The Hatch Act has been a bit of a plague for the Trump administration. Ambassador Nikki Haley, White House aide Kellyanne Conway and social media director Dan Scavino have all violated the act.

American Oversight sent letters detailing its complaint to the U.S. Office of Special Counsel, the U.S. Office of Government Ethics and the Department of Justice's ethics office. The group wants each one to investigate its claims.