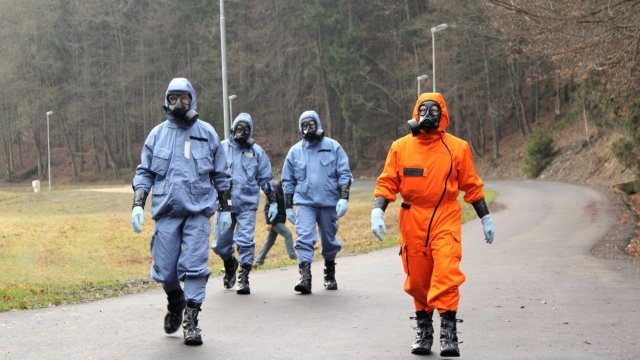 SMS
Watchdog Group: Sarin And Chlorine Likely Used In Syria Attacks
By Caitlin Baldwin
By Caitlin Baldwin
June 13, 2018
The Organisation for the Prohibition of Chemical Weapons says sarin and chlorine were likely used in attacks in Syria in March of last year.
SHOW TRANSCRIPT

A watchdog group says sarin was likely used in an attack in northern Syria in March of last year.

That's according to a report released Wednesday by the Organisation for the Prohibition of Chemical Weapons. The report also says chlorine was likely used in another attack that same month at a hospital in the area.

Chemical weapons like sarin and chlorine are banned under the international law.

The report says the findings are based on "witness testimony, epidemiological analysis and environmental samples." The report did not identify who was responsible for the alleged attacks.

The report was shared with the Chemical Weapons Convention and the U.N. Security Council.