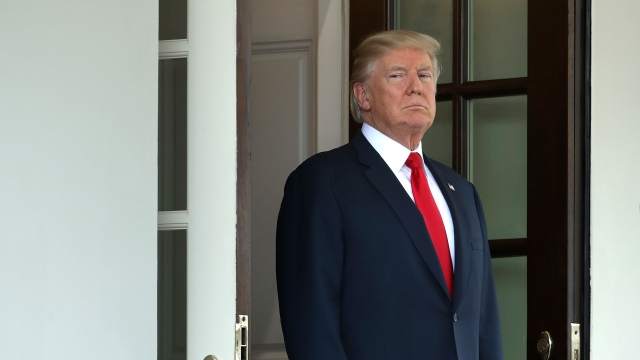 SMS
Watchdog Group Criticizes DOJ Whistleblower Decision
By Caitlin Baldwin
By Caitlin Baldwin
October 28, 2019
The Council of the Inspectors General on Integrity and Efficiency sent a letter to the Asst. Attorney General, asking the DOJ to reverse the decision.
SHOW TRANSCRIPT

A government-run watchdog group says it disapproves of a Justice Department ruling that initially blocked a whistleblower complaint about President Trump and Ukraine from reaching Congress.

The Council of the Inspectors General on Integrity and Efficiency sent a letter to Assistant Attorney General Steven Engel Friday criticizing a memo from the Office of the Legal Counsel. That memo concluded the whistleblower complaint about President Trump's conversations with Ukraine was not an "urgent concern" even after the inspector general of the intelligence community deemed it urgent and credible and decided it should be sent to Congress.

The council is made up of about 70 inspectors general and charged with finding and stopping fraud in the federal government. It said if the DOJ decision isn't reversed, it "could seriously undermine the critical role whistleblowers play in coming forward to report waste, fraud, abuse, and misconduct across the federal government."

The letter comes weeks into House Democrats' formal impeachment inquiry into President Trump over the whistleblower complaint. The whistleblower accused him of pressuring Ukraine's president to investigate Democratic presidential candidate Joe Biden and Biden's son in exchange for military aid the Trump administration was withholding from Ukraine.