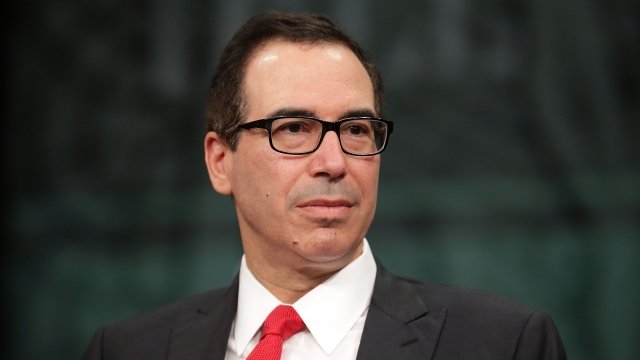 Citizens for Responsibility and Ethics in Washington — better known as CREW — claims Mnuchin took that trip to get a good view of Monday's total solar eclipse.

Mnuchin watched it with Sen. Mitch McConnell on the lawn of the U.S. Bullion Repository at Fort Knox, where the moon blocked 97 percent of the sun.

CREW claims it's a big issue that Mnuchin and his wife, Louise Linton, flew on a government plane to get there.

CREW argued in its Freedom of Information Act request, "The requested records would shed light on the justification for Secretary Mnuchin's use of a government plane, rather than a commercial flight, for a trip that seems to have been planned around the solar eclipse." 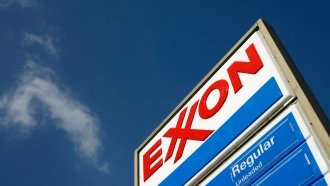 Exxon Mobil Is Suing The US Treasury Department

Mnuchin's Kentucky trip drew headlines earlier this week after Linton posted about it on Instagram and wrote that a critical commenter was "adorably out of touch."

"Glad we could pay for your little getaway. #deporable," the commenter, Jenni Miller, wrote on Linton's Instagram post.

Linton responded: "Aw!!! Did you think this was a personal trip?! Adorable! Do you think the US govt paid for our honeymoon or personal travel?! Lololol. Have you given more to the economy than me and my husband? Either as an individual earner in taxes OR in self sacrifice to your country? ... You're adorably out of touch."

Linton later apologized. And a treasury spokesperson told CNN the couple would be "reimbursing the government for [Linton's] travel" expenses.

Prior to the eclipse, Mnuchin was at a Louisville Chamber of Commerce luncheon with McConnell. The two also toured the Fort Knox gold vault Monday.