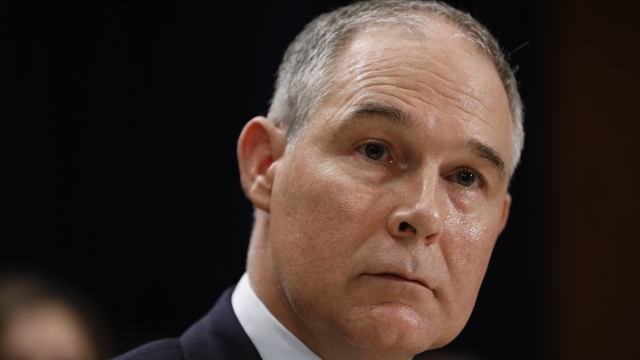 The watchdog for the EPA recommended on Thursday the agency recover nearly $124,000 in travel expenses racked up by former Administrator Scott Pruitt.

According to a report by the EPA inspector general, Pruitt cost taxpayers more than $985,000 for 40 trips over a 10-month period in 2017. That included just under $340,000 for Pruitt's staffers and about $429,000 for his personal security detail. Although the watchdog says most of the expenses were fair, it found $123,942, related to Pruitt and his team's use of first- or business-class travel, was approved "without sufficient justification" or by someone who did not have authority to approve it.

The Inspector General's Office ultimately left it up to the EPA to decide if it should recover any of Pruitt's costs. The office also offered a series of recommendations "to strengthen controls over the EPA's travel and prevent fraud, waste and abuse."

In response to the report, the EPA said it has a long-standing policy of allowing travel other than coach class and that it believes "the trips were authorized by an appropriate official, making cost recovery inappropriate."

Pruitt resigned last year amid a series of ethics scandals, including scrutiny over his expensive taxpayer-funded trips. His replacement, Andrew Wheeler, took over as the new head in February.