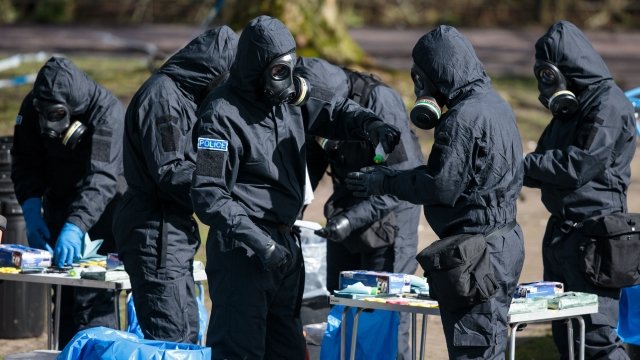 An international chemical weapons watchdog has confirmed Britain's findings about the suspected nerve agent used to poison a former Russian double agent and his daughter.

A statement from the Organization for the Prohibition of Chemical Weapons didn't specifically name the nerve agent believed to be used in the attack against the two Skripals.

But it did say analysis of environmental and biomedical samples confirmed the U.K.'s assessment of the substance.

The British government says its experts have identified the suspected nerve agent as military-grade Novichok.

Novichok is a powerful class of nerve agents the Soviet Union developed in the 1980s. The substance is as dangerous as it is rare; in fact, Russia is the only country known to have developed it.

Leaders from around the world have condemned the attack and accused Russia. But Russia has repeatedly denied it was involved.