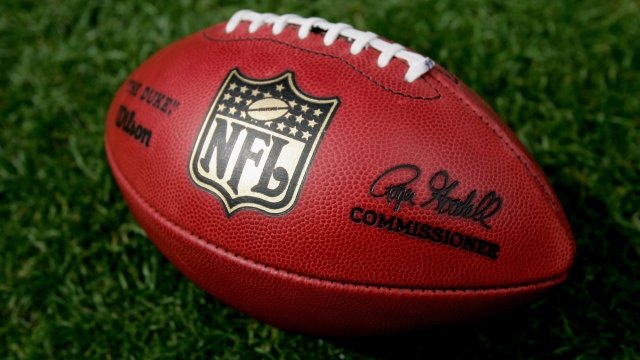 SMS
NFL To Offer Free Online Viewing As Ratings Continue To Fall
By Andrea Gonzales
By Andrea Gonzales
September 5, 2018
The announcement comes one day before the NFL regular season starts in an effort to expand its online audience.
SHOW TRANSCRIPT

The NFL is letting anyone with internet access to watch its games for free this season in an effort to expand its online audience. This puts an end to viewers being forced to sign in with a cable or satellite subscription.

This announcement came Wednesday, a day before the NFL regular season starts. President Trump has railed against the NFL in the past year on Twitter, saying ratings have gone way down since players began kneeling during the national anthem.

Trump is not wrong about the ratings. The NFL’s ratings declined about 8 percent in 2016 and another 9 percent in 2017, according to Yahoo. While President Trump blames players kneeling for the drop, TV executives point to cord-cutting for the lower numbers.

Last season, the NFL made a deal with Twitter and Amazon to stream a few games online. The AP reports this year Amazon will feature 11 Thursday night games for free on two different platforms to its customers.