WATCH: Jennifer Lawrence Gets Snotty (Literally) On 'The Tonight Show' 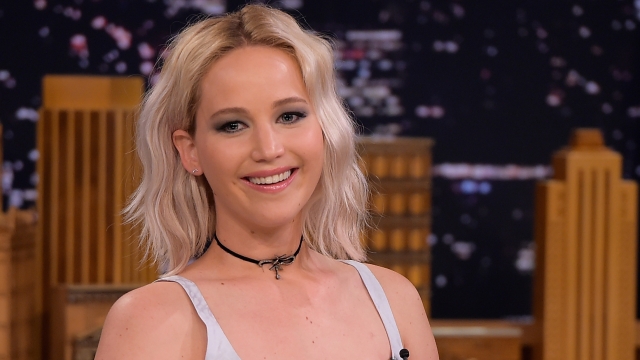 Jennifer Lawrence just gave us yet another hilarious — and kind of gross — reason to love her.

"You have something on your nose," host Jimmy Fallon said to Lawrence.

"Is it a booger?" Lawrence asked.

"I felt it," Lawrence responded.

The "X-Men: Apocalypse" star was playing a game with Jimmy Fallon and John Oliver on Monday's "Tonight Show" when she had that, um, very human experience.

And in typical JLaw fashion, she handled it like a pro — even making the two comedians laugh.

The actress has had her fair share of embarrassing moments — from falling while accepting her Academy Award in 2013 and tripping on the red carpet at the same awards show the next year, to the time she shared video of  being so excited to sleep she dislocated her toe.

Yeah, not what you'd expect from an Academy Award winner — and that's what makes us love her even more.

This video includes clips from NBC / "The Tonight Show," E!, and TBS / "Conan," and images from Getty Images.