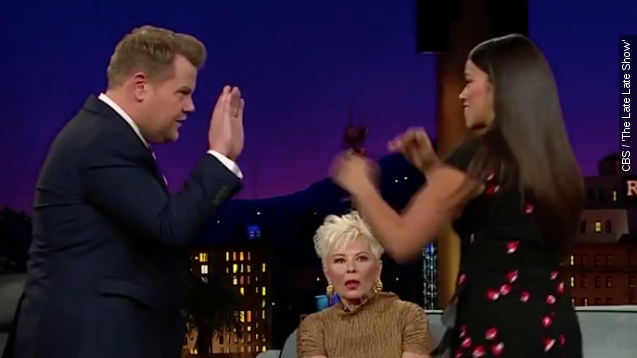 Gina Rodriguez is not someone you want to box with if you aren't ready for it.

And James Corden learned that the hard way on "The Late Late Show."

Whoa! He should just be happy she wasn't going all out.

The Golden Globe winner told Health magazine boxing has always been a part of her life because her dad was a professional referee. But she only took up the sport herself this year.

Still, she's definitely got it down better than James there.

You can catch more of Gina's awesome moves during new episodes of "Jane the Virgin" Mondays on the CW.