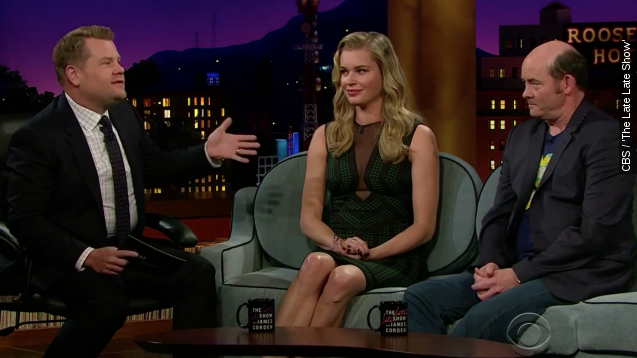 Turns out when you're filming a zombie movie, you pick up a lot of, uh, interesting skills.

"Sorry I set you on fire, scout leader Rogers," said a character from "Scouts Guide to the Zombie Apocalypse."

And so David Koechner stopped by "The Late Late Show" to show off some of his new party tricks.

"So they teach you to do a Zombie walk?" asked James Corden.

David plays a Boy Scout-leader-turned-zombie in "Scouts Guide to the Zombie Apocalypse." And for the part, he said he had to learn how to not only act like a zombie, but also bring some personality to the undead role.

"All right, I'm going to go from hippie to zombie hippie," said Koechner.

You can see David's zombie skills in action when the flick hits theaters Oct. 30.