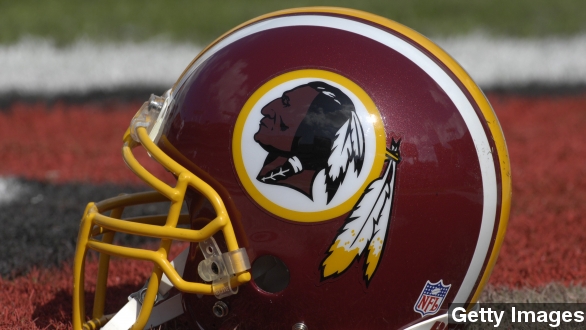 By Nathan Giannini
August 22, 2014
The newspaper's editorial board released a statement saying it will stop using the nickname of the hometown NFL team, calling the word "insulting."
SHOW TRANSCRIPT

You can add The Washington Post editorial board to the list of people taking a stand against the use of the word "Redskins."

The newspaper released a statement saying it would not use the slur in editorials any more unless necessary for clarity, saying: "The word is insulting. You would not dream of calling anyone a 'redskin' to his or her face. You wouldn't let your son or daughter use it about a person, even within the privacy of your home."

To be clear, this just covers the editorial board, not the sports or news sections. The statement even says it won't impose the policy on its readers, who can keep using the name in letters to the editor.

So, a small change, but perhaps a significant one given it comes from Washington's influential hometown newspaper. The Post isn't alone: it joins The Kansas City Star, the San Francisco Chronicle, The Seattle Times and others who already boycott the name.

Earlier this week, The Post revealed former NFL referee Mike Carey had quietly asked the league not ​to assign him to Washington games — home or away — all the way back in 2006.

Carey told The Post he thought the name was "disrespectful," adding: "I knew going in that this could be a career-limiting move. But you just have stand for what you believe in." Carey retired in 2013.

For what it's worth, in 2013 team owner Dan Snyder told USA Today he will never change the name. "It's that simple. NEVER — you can use caps." He maintains he has no plans to make any changes.

NFL Commissioner Roger Goodell has defended the name in the past, but has said he is quote "listening" to those who have expressed opposition.