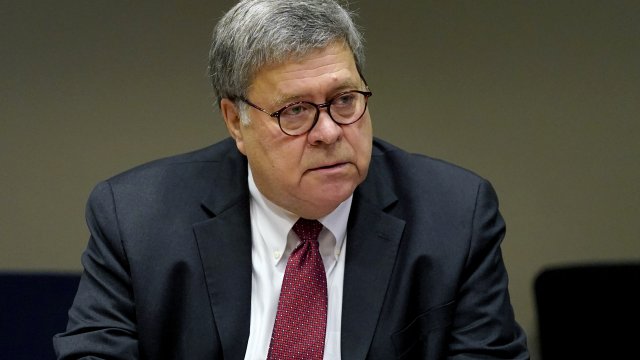 Attorney General William Barr may be the next President Trump appointee to get the ax.

According to a Washington Post report, the president is not only upset that his attorney general went against him on election fraud claims, he's also complaining about steps Barr didn't take in the 2016 FBI probe into the Trump campaign.

People close to the president are reportedly urging him not to fire Barr.