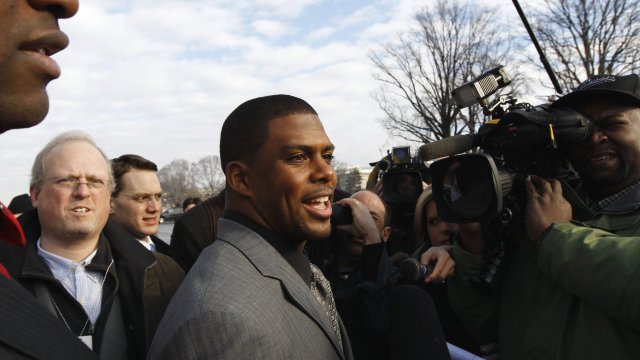 He's also the youngest person in NFL history to hold that role for any team.

Wright is a former NFL running back. He played for the San Francisco 49ers, Atlanta Falcons, Cleveland Browns and Arizona Cardinals in his seven years with the league. After his retirement in 2010, he earned his MBA in finance at the University of Chicago. He's the fourth former player to become a team president.

Wright's appointment comes about a month after the team decided to change its name over criticism of its racist connotation to Native Americans. It's also faced allegations of sexual harassment against former employees.

Washington Football Team owner Daniel Synder said, "His experience as a former player, coupled with his business acumen, gives him a perspective that is unrivaled in the league."

Wright replaces former president, Bruce Allen, who was fired last year after 10 years with the team. Unlike Allen who oversaw both football and business operations, Wright will focus solely on the business side including, finance, sales and marketing.