Weed Could Be Legalized In D.C.—But For Real This Time 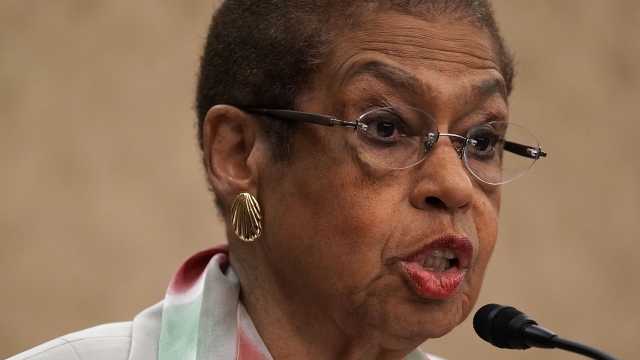 Recreational weed is legal in Washington, D.C., and has been for several years — sort of.

Marijuana got caught up in the middle.

It stems from Article I, Section 8, Clause 17 of the United States Constitution declaring the nation’s capital a "district" that would be governed by Congress.

Congress delegated much of that power to D.C.’s government in 1973, with a further easing up through a budget referendum in 2013, but Congress still exercises considerable oversight. Every year, it approves D.C.'s budget.

It can get messy.

Sixty-five percent of of D.C. voters checked "yes" on Initiative 71 in November 2014, allowing the use of up to 2 ounces of marijuana and cultivating up to six plants in a private residence.

You can also transfer up to 1 ounce to another person as long as no money, goods, or services are exchanged; and the recipient is 21 or older.

Here's the hitch: It did not include rules for marijuana sales. Instead, the city council would design an ordinance to cover businesses.

Andy Harris, a Republican from Maryland, introduced a prohibition on D.C. officials spending money on systems for taxation or the regulation of marijuana sales, aka no meetings to design those new laws for dispensaries.

After Congress missed a deadline for repealing Initiative 71, it went into effect in February 2015, creating a permanent state of limbo.

A GOP-led anti-marijuana campaign was underway in the House replete with threats of jail time if city council members held implementation meetings. They'd be spending money on staff to be there, the lights to be on.

Rep. Jason Chaffetz, one of the main opponents, said this: "I respect the people who live here, and most everything passes through without a problem. But the idea that this is going to be a haven for pot smoking, I can't support that."

Harris' anti-marijuana provision remains in force, but with Democrats in charge, it has some powerful opposition — including House Speaker Nancy Pelosi.

That could leave it up to the Republican Senate. D.C.'s delegate, Eleanor Holmes Norton, says, "The Senate doesn’t seem to care much."

So in a district that’s self-governed (but not) … weed could, again, become legal in a place it is legal, but it's not.