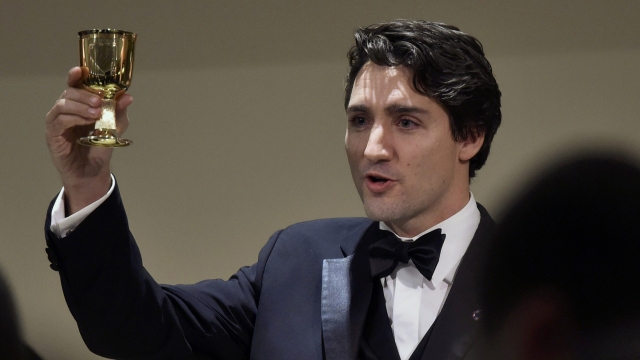 SMS
Washington, DC, Is Giddy Over Justin Trudeau's First Official Visit
By Grant Suneson
By Grant Suneson
March 8, 2016
The Canadian prime minister is preparing to make his first official visit to the U.S., and people are excited to meet the charismatic world leader.
SHOW TRANSCRIPT

Canadian Prime Minister Justin Trudeau is making his first official visit to the U.S. this week, and Washington, D.C., is apparently abuzz with excitement.

After becoming prime minister in 2015, Trudeau became an Internet darling for his charm, good looks and progressive policies on feminism and diversity. Not to mention an adorable photo shoot with some baby pandas.

The charismatic Trudeau will attend the first official state dinner held for a Canadian since 1997, and people in the capital are lining up to meet him.

A Wednesday reception for Trudeau reportedly has an enormously long waiting list, and officials are hopeful the Trudeau hype could lead to increased focus on the U.S. and Canada working together to solve problems.

Trudeau and President Obama could have a lot of ground to cover when they meet. The two left-leaning world leaders have expressed similar goals regarding climate change and international trade.

But they don't always agree on everything. Trudeau said he was disappointed that Obama rejected the Keystone XL pipeline, while some military officials questioned Trudeau's decision to withdraw fighter jets bombing ISIS.

The official state dinner for Trudeau is scheduled for Thursday.

This video includes clips from BBC, CBC and the White House and images from the Toronto Zoo and Getty Images.