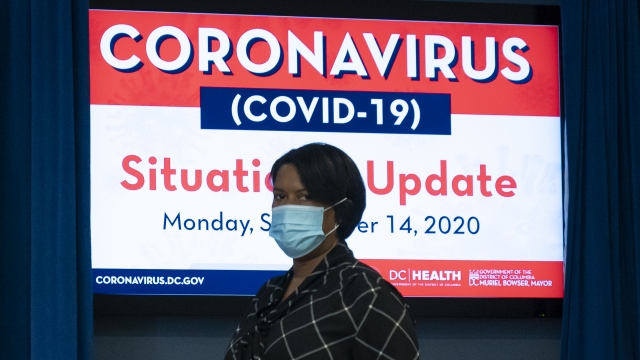 SMS
Washington D.C. Reports Largest Spike In Coronavirus Cases Since June
By LeeAnne Lowry
By LeeAnne Lowry
October 7, 2020
It comes as the virus spreads through the White House, though cases within the administration aren't included in the city's total.
SHOW TRANSCRIPT

That high total comes as a coronavirus outbreak spreads through the White House.

While the Trump administration's cases aren't reported to the city, many staffers live in D.C. and could be spreading the virus in their community.

The D.C. mayor's chief of staff also suggested the visibility of the outbreak is leading to more people getting tested. He said testing is up 81% from last week.