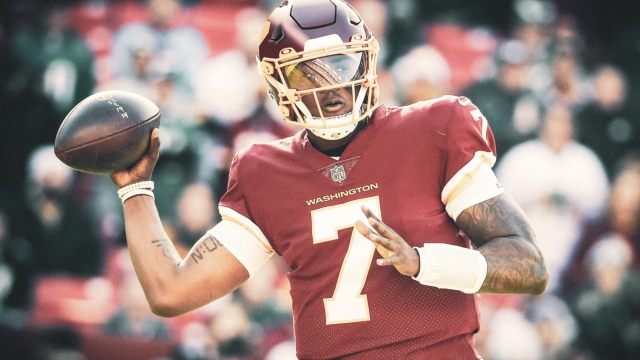 The team has faced scrutiny over its former name of Washington Redskins and its offensive, racist connotation to Native Americans.

The NFL's team in Washington, D.C. will temporarily be called the "Washington Football Team" until it officially adopts a new name.

Over the years, the team has faced scrutiny over its former name, the Washington Redskins, and its offensive, racist connotation to Native Americans.

The public recently increased pressure on the team to change the name amid protests demanding social justice and racial equality after the death of George Floyd. Sponsors like Nike, FedEx, PepsiCo and Bank of America joined with their own criticism.

When the team announced it would review changing the name, Principal Chief Chuck Hoskin Jr. of Cherokee Nation applauded the news.

He told WUSA, "The Redskins name was wrong when the Redskins adopted it in the '30s and it's wrong today and it'll be wrong tomorrow. The Redskins name is particularly offensive because for at least centuries it's been associated with essentially a racial slur."

Chief Hoskin said he thinks the name change will bring a deeper dialogue across the country and that it's progress "towards erasing these kinds of offensive names" where Native Americans are "used in a commercial sense or reduced to mascots or caricatures."

The Washington Football Team will still have burgundy and gold colors, but it's removing the old logo from player helmets and the name from jerseys as "the Redskins name and logo will officially be retired" by the start of this year's NFL season. The team is seeking ideas from players, fans and the community on a new name.