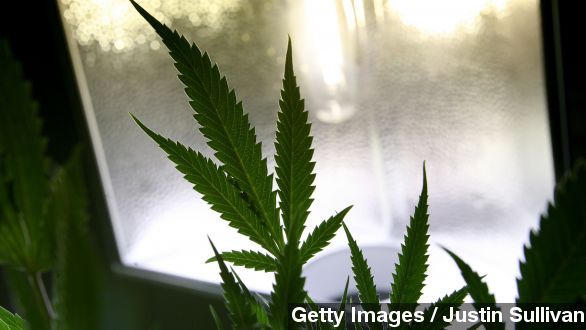 Despite opposition from Republican lawmakers, the possession of recreational marijuana became legal in Washington D.C. Thursday. But it does come with some limitations.

You have to be 21 or older and can only possess up to two ounces, you can smoke or grow it at your private residence only (so, no lighting up in public) and no selling it under any circumstances. (Video via WTTG)

The initiative came with some with resistance from GOP lawmakers. Two House Republicans came down harshly on District of Columbia Mayor Muriel Bowser for allowing the measure to move forward, even threatening her with jail time.

But Bowser persisted and argues the public had already spoken up on the issue. In November, 70 percent of D.C. residents voted in favor of marijuana legalization. (Video via NewsChannel 8)

In a letter to Bowser, Rep. Jason Chaffetz of Utah said permitting weed possession would be, at the federal level, "knowing and willful violation of the law."

Unlike Colorado, Washington state and, more recently, Alaska — all places where weed is now legal — D.C. is a special scenario because it isn't governed by a state. So the federal government acts like a watchdog.

Chaffetz told The Washington Post, "There are very severe consequences for violating this provision. You can go to prison for this. We’re not playing a little game here.”

But D.C. council member Anita Bonds told WRC-TV she and others will put up a fight if the city faces any further attempts to sideline the voter-approved measure.

"In America, there are many ways of expressing your citizenship, and I think the citizens of District of Columbia are prepared to do whatever we have to do," At-Large D.C. Council member Anita Bonds said.

And, if the Justice Department gets involved, it's not likely to revoke the new marijuana initiative, because as NBC's Peter Alexander points out, "Congress hasn't struck down a specific D.C. law in 25 years."