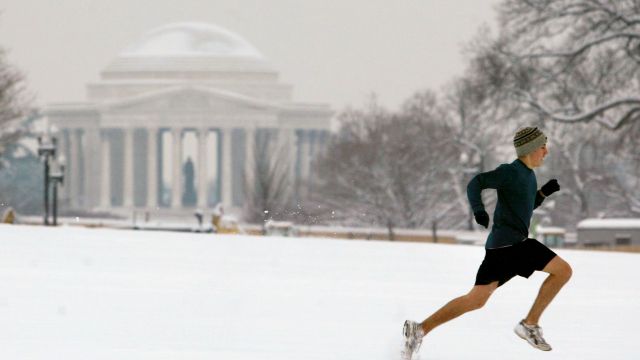 Not only is it the nation's capital, but Washington, D.C., also seems to be the capital for healthy Americans.

D.C. was ranked the fittest city in America for the third year in a row by the American Fitness Index. It's the ninth annual list by the American College of Sports Medicine and the Anthem Foundation.

D.C. scored especially high ranks on park-related expenditures, spending more than three times the goal amount for cities. More than 96 percent of people in the community live within a 10-minute walk of a park.

Not far behind was Minneapolis, Minnesota, in second place and Denver, Colorado, which ranked first in personal health, coming in third.

Regardless of where your city ranks, the index uncovered a positive nationwide trend — an uptick in overall Americans excerising.

Nearly 77 percent of Americans reported exercising in the past 30 days. That's up about 12 percent from the year before.

Walter R. Thompson, chair of the AFI advisory board, said: "That's a huge increase. Usually we will see a one or two percent increase."

This video includes clips from the Smithsonian Channel, Expedia and Government of the District of Columbia and images from whologwhy / CC BY 2.0, m01229 / CC BY 2.0 and Larry Johnson / CC BY 2.0.