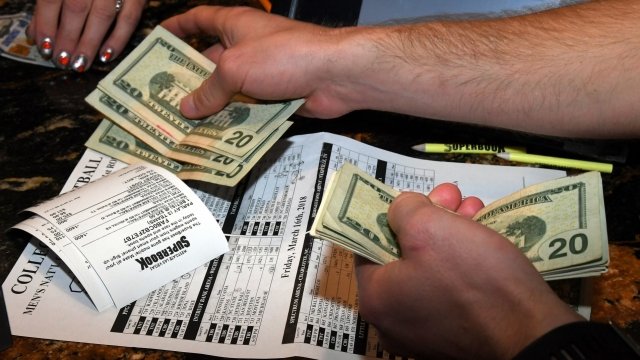 By Caitlin Baldwin
December 19, 2018
The bill would let residents and visitors to the nation's capital put money on professional sports games.
SHOW TRANSCRIPT

The legislation would allow residents and visitors to Washington, D.C., put money on professional sports games at large stadiums or arenas, licensed businesses, or on a D.C. Lottery-run smartphone app.

The bill would place a 10 percent tax on the monthly gross betting revenue for all sports gambling operators.

The U.S. Supreme Court struck down a federal law in May that effectively banned sports gambling in most of the U.S. Since then, many states including New Jersey, Pennsylvania and Delaware have legalized it.

The bill will now head to the mayor's desk, where it's expected to be signed.