Was Recasting 'The Powerpuff Girls' The Right Move? 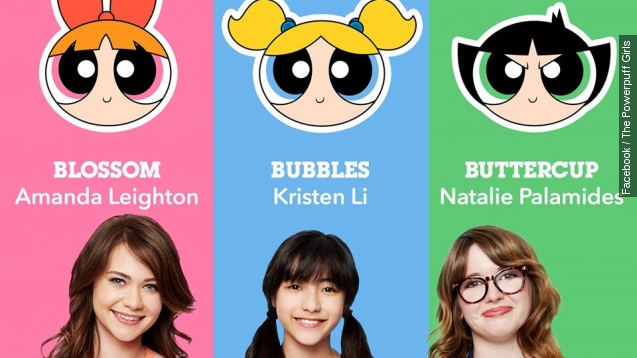 Rebooting a TV show certainly turns up the nostalgia, but just because the new show might look the exact same as the original doesn't mean it is.

"Using their ultra super powers, Blossom, Bubbles and Buttercup have dedicated their lives to fighting crime and forces of evil." (Video via Cartoon Network / "The Powerpuff Girls")

So that was the old "Powerpuff Girls," which debuted in 1998. And here's what the superhero sisters will look like when they hit television screens next year.

But if you think those actresses look a tad young to have been voicing the original TV show, you'd be right. So despite not looking all that different, "The Powerpuff Girls" will definitely sound different. (Video via Vine / Cartoon Network)

But not all the voices will be new — one will be the same as the original: The Mayor, who's still going to be voiced by Tom Kenny. (Video Cartoon Network / "The Powerpuff Girls")

But Kenny's been with Cartoon Network for a really long time. He's voiced characters in "Adventure Time," "The Fairly OddParents" and "Cat-Dog."

So why not keep all the original voices? After all, when "The Powerpuff Girls" first aired on Cartoon Network from 1998 to 2004, it did really well.

During the show's heyday, Entertainment Weekly reported "The Powerpuff Girls" was the No. 1 show on the network. And it won two Emmy Awards for outstanding achievement in animation.

No explanation has been provided for the new casting, but all three women who were the original voices of Blossom, Bubbles and Buttercup have declared it's not "sugar, spice and everything nice."

What is interesting, though, is how much Cartoon Network is promoting the new voice actors, since we'll never actually see the actresses on our television screens. After all, it is an animated show.

Cartoon Network is heavily promoting the new voice actors though, which is an

The new "Powerpuff Girls" will debut sometime in 2016.