Was China Behind The GitHub Cyberattack? 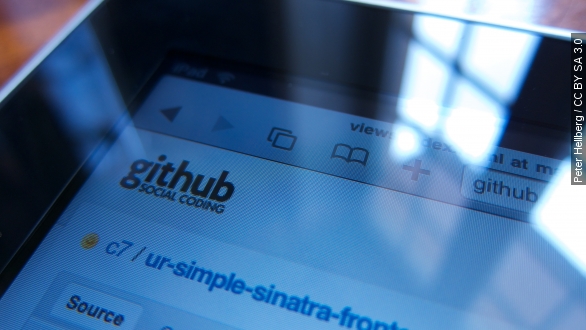 SMS
Was China Behind The GitHub Cyberattack?
By Ben Lawson
By Ben Lawson
March 30, 2015
The cyberattack that has plagued GitHub for days might be the work of Chinese officials trying to shut down services that circumvent Chinese censors.
SHOW TRANSCRIPT

The dayslong cyberattack on coding site GitHub might have been an effort by Chinese officials to shut down services that circumvented Chinese censors.

More than four days after the attack began, GitHub tweeted it's still working to deflect a cyberattack but that the site is currently operating normally.

The attackers used a distributed denial of service attack, one of the most commonly used cyberattack methods. A huge amount of traffic was funneled through Chinese search engine Baidu to overwhelm GitHub's site and knock it offline.

And according to GitHub's Twitter feed, the perpetrators routinely changed tactics and forced the security team to adjust their methods for defending the attack.

A cybersecurity expert told The Wall Street Journal, "It had to be someone who had the ability to tamper with all the Internet traffic coming into China," and that because of that, Chinese authorities were likely involved.

GitHub was banned in China in 2013, but it was quickly unblocked after harsh criticism from software developers.

Baidu has denied any involvement in the hack and said its systems had not been compromised. Chinese officials did not respond to a request for comment from The Wall Street Journal.