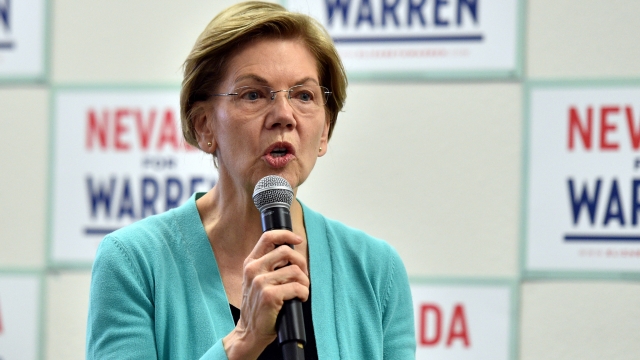 SMS
Warren Campaign Opened $3 Million Line Of Credit In January
By LeeAnne Lowry
By LeeAnne Lowry
February 21, 2020
A campaign spokesperson said the credit line was opened just in case it was needed, but it ended up not being necessary.
SHOW TRANSCRIPT

A campaign spokesperson told news outlets the line was opened "in case it was necessary for cash flow purposes around the Iowa caucuses, but it ultimately wasn't necessary." He noted that the campaign raised more than $17 million in the first 20 days of February.

Warren started January with almost $14 million and brought in another $11 million. But out of that $25 million total, the campaign had only about $2 million left by the end of the month.

Her campaign isn't the only one experiencing financial strain; the only major Democratic candidates that started February with solid funding were Bernie Sanders — who had about $17 million — and self-funded billionaire Mike Bloomberg, whose campaign started the month with around $55 million on hand.