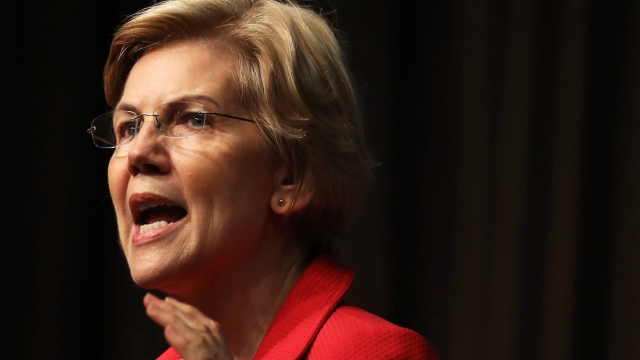 She's the first Democratic presidential candidate to call for impeachment after the release of special counsel Robert Mueller's report. The redacted report said Mueller's team didn't find collusion between Russia and the Trump campaign, but it didn't say conclusively whether President Trump obstructed justice. The report left that up to Congress to investigate further, if it wants to.

Warren made her decision based on Mueller's findings. On Twitter Friday, she said: "The severity of this misconduct demands that elected officials in both parties set aside political considerations and do their constitutional duty. That means the House should initiate impeachment proceedings against the President of the United States."

It's extremely hard to impeach a president. To date, no U.S. president has ever been removed from office via impeachment. If the House did move forward with impeachment proceedings, it would need a two-thirds majority vote in the Senate to remove President Trump.

Ultimately, the decision to start impeachment proceedings lies in the hands of House Speaker Nancy Pelosi. After the report's release, she criticized Attorney General William Barr for suggesting the president did not obstruct justice even though the report never made that conclusion. She and other House Democrats, have called on Mueller to testify before Congress.