Warren Buffett Says Worrying About A Slowing Economy Is A Mistake 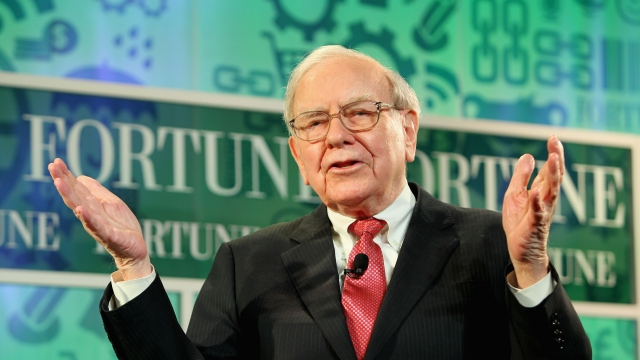 He said children born in the U.S. today are the luckiest in history, despite some presidential candidates' warnings.

The third-richest person in the world says presidential candidates warning of a slowing U.S. economy are "dead wrong."

In a letter to Berkshire Hathaway shareholders, chairman and CEO Warren Buffett said, "The babies being born in America today are the luckiest crop in history."

He said real GDP per capita –– an often-used stat that gauges economic growth without inflation –– has increased by "a staggering" 600 percent since he was born in 1930.

Government spending is counted in that measure, though, with World War II having caused a huge increase. It's actually never dipped below its 1930 level since.

Some critics have pointed out that comparing today's GDP to GDP 86 years ago might be oversimplified, given all the economic and political changes that have happened in between.

And looking to the future, the Congressional Budget Office predicts real GDP will grow by just over 2 percent through 2025. Many consider that relatively slow growth.

That's around the same rate it's grown since 2010.

But Buffett argues growth around that 2 percent mark would raise America's real GDP by almost 35 percent 25 years down the road, leading to $19,000 per person added to the economy.

He said for a family of four, that's $76,000 a year. He's not really saying they'll be earning that money, though.

Instead, it's the value of the goods and services four people produce that will be worth $76,000 more for the economy a generation from now.

Critics of Buffett's analysis say productivity has declined as of late, and that monumental innovations, like antibiotics and refrigeration, which arguably caused the most economic growth, are unlikely to happen on the same scale in the next 25 years.

We should note Buffett's supported Democratic candidate, Hillary Clinton — and Berkshire Hathaway's holdings — are pretty dependent on the U.S. economy, so he may have a vested interest in promoting a positive view.

This video includes clips from Ford Motor Co., National Geographic, the Congressional Budget Office, CNN and the White House, images from Getty Images and music from Frenic / CC BY 3.0.