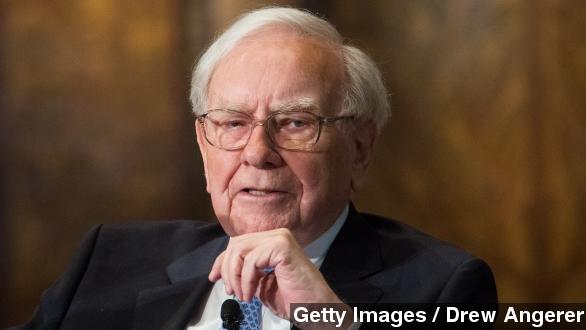 Warren Buffett's every investment move is sure to be scrutinized, and his most recent is with one of the media industry's biggest names.

Quarterly investing reports show Warren Buffett — as he is wont to do — made a lot of moves in the fourth quarter of 2014. And for a heavyweight of Buffett's magnitude, each of those moves was sure to get scrutinized.

Perhaps the most picked-over of those investing decisions: Buffett paired himself with one of the biggest names in the media industry, buying up more than 4.7 million shares of Rupert Murdoch's 21st Century Fox.

This comes only six months after news Buffett's Berkshire Hathaway bought roughly the same number of shares in Charter Communications, one of the nation's largest cable operators.

But scroll all you want. The investment you'll no longer see in that SEC filing?

Oil giant Exxon Mobil. Berkshire Hathaway unloaded 41 million shares of Exxon Mobil valued at roughly $4 billion. The Wall Street Journal points out Buffett bought into the company only two years ago and quickly became one of its largest shareholders. Plunging oil prices and profits hurt Exxon Mobil in the fourth quarter, and the company announced plans to cut costs two weeks ago.

So it looks like Buffett got out of that investment just in time. We'll see if he got in on these newest buy-ins with equally good timing.