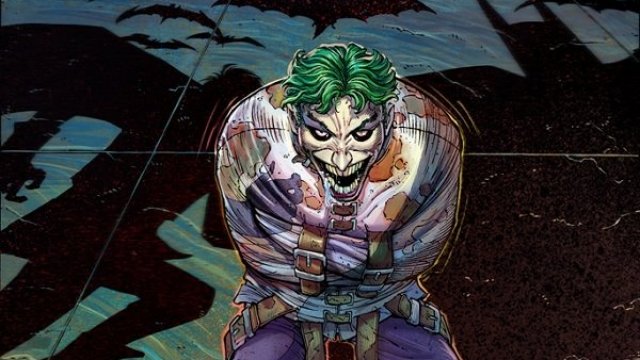 SMS
A New Joker Origin Movie May Give Us Yet Another Clown Prince Of Crime
By Katherine Biek
By Katherine Biek
August 23, 2017
The Joker origin movie would be set outside the DC movie universe, which means Warner Bros. could hire a new actor to play the villain.
SHOW TRANSCRIPT

Warner Bros. and DC Comics might be getting ready to introduce yet another Joker.

Deadline was the first to report that a spinoff origin movie about the Clown Prince of Crime is in the works.

But this tale would reportedly not be set in the same DC movie universe as "Wonder Woman," "Batman v Superman: Dawn of Justice," "Man of Steel" and the upcoming "Justice League."

Which means Warner Bros. could hire yet another actor to play the iconic Batman villain. And the studio's already given us our fair share of Jokers over the years.

There was Jack Nicholson in 1989's "Batman." Heath Ledger took on the role almost two decades later in "The Dark Knight" — albeit without the bright green hair.

And just last year, Jared Leto played the Joker in the "Suicide Squad" movie. He's expected to reprise the role in both the upcoming sequel and "Gotham City Sirens."

Warner Bros. also produces the "Gotham" TV series, which features a very Joker-esque character played by Cameron Monaghan. While the show has yet to outright label him as "Joker," Jerome Valeska does have the maniacal laugh mastered.

There's no word yet on when a Joker origin movie would be released.