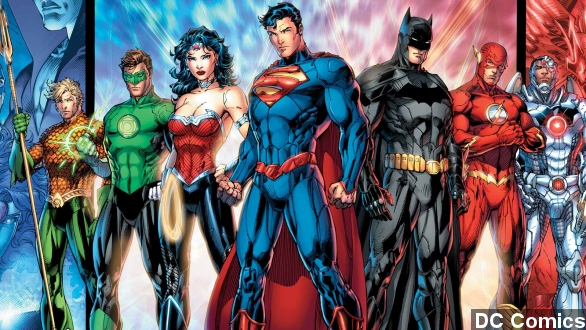 By Erik Shute
April 28, 2014
Warner Bros. and DC Comics will unite its class of superheroes for a "Justice League" movie led by "Man of Steel" director Zack Snyder.
SHOW TRANSCRIPT

Hollywood director Zack Snyder will take the lead on the long-awaited Justice League movie for Warner Bros. That's according to exclusive details in The Wall Street Journal.

Greg Silverman, the company’s president of worldwide production, said the DC Comics dream team will reunite Henry Cavill as Superman, Ben Affleck as Batman, and Gal Gadot as Wonder Woman.  Which is a little ironic, since fans haven’t seen the trio united in the first place.

All three are currently working hard on 2016’s Man of Steel sequel, Batman vs. Superman. It’s rumored they’ll shoot Justice League back to back and push for a 2017 release.

"It will be a further expansion of this universe. 'Superman vs Batman' will lead into 'Justice League.'" (Via The Wall Street Journal)

Unfortunately that’s as far as the details go - the script is still being polished and no hard release date has been set.  So, a handful of entertainment outlets went to the drawing board to guess who might fill out the League.

As for the Flash, it’s another toss-up.  Our only clues: Warner Bros. is set to release a Flash TV series this year, and during 2013’s Comic Con, The Hollywood Reporter said a Flash movie was “tentatively” in the works.

Forbes added ex-wrestler and Hercules star Dwayne Johnson to the mix.  The outlet is betting he could fill multiple roles in either the Justice League or as a villain. We're kinda rootin' for villain.

The site also noted fans and the media might call the back-to-back production “rushed,” especially when compared to Marvel Comics. It took time to give its superheroes their own franchises before bringing them together in “The Avengers."

However, a back-to-back blockbuster could also mean DC Comics reigns king for two summers in a row.

The original Justice League comic series was introduced to fans in 1960.  Marvel adopted The Avengers as its answer to the superhero team a few years later.