Warmbier's Parents Insist Kim Is Responsible For Their Son's Death 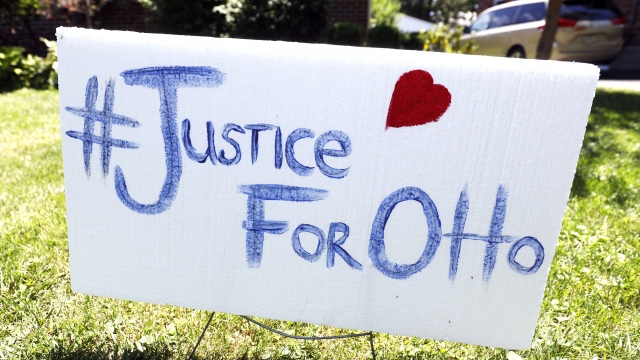 The parents of Otto Warmbier spoke out Friday morning to contradict President Donald Trump's characterization of their son's death.

In a statement released to multiple media outlets, Fred and Cindy Warmbier said: "We have been respectful during this summit process. Now we must speak out. Kim and his evil regime are responsible for the death of our son Otto. [They] are responsible for unimaginable cruelty and inhumanity. No excuse or lavish praise can change that."

Otto Warmbier spent 17 months in custody in North Korea for what the country deemed a "hostile act" against the government. He was in a coma when he was released in June 2017, and he died a few days after returning to the U.S.

While in Vietnam on Thursday, President Trump seemed to defend North Korean leader Kim Jong-un and claimed he didn't have anything to do with the college student's death.

"In those prisons and those camps, you have a lot of people. And some really bad things happened to Otto. Some really, really bad things. He tells me that he didn't know about it, and I will take him at his word," Trump said.

Lawmakers on both sides of the aisle criticized the president's easy acceptance of Kim's word.

"We can't be naive about what they did to Otto, about the brutal nature of the regime that would do this," Sen. Rob Portman said.