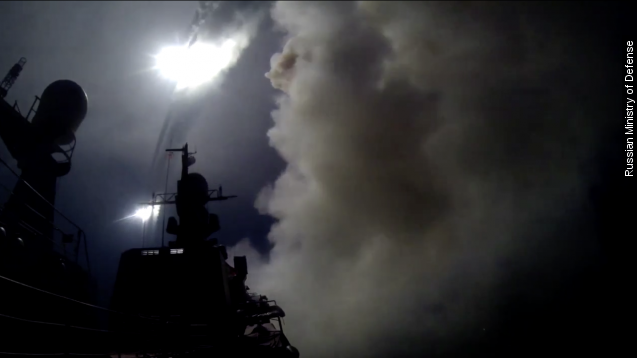 SMS
War In The Digital Age: There's Video Of Everything
By Jake Godin
By Jake Godin
October 7, 2015
In the digital age, everyone can see what's going on during war.
SHOW TRANSCRIPT

War in the digital age means...

Russia launches long-range ballistic missiles from the Caspian Sea, the missiles are filmed flying over Iraqi Kurdistan, and a news organization can film the aftermath in Syria.

So when Russia says ISIS is the target of its airstrikes in Syria, video from the ground might show it isn't hitting ISIS positions.