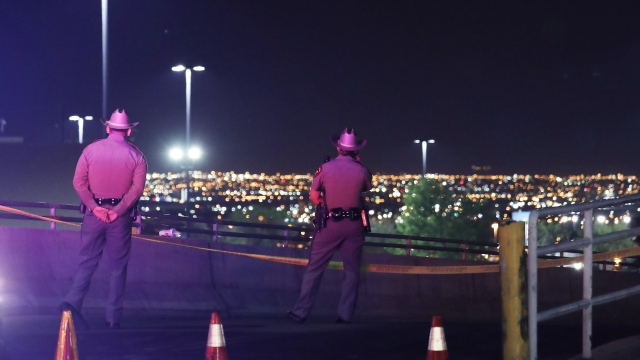 SMS
El Paso Suspect Reportedly Told Police He Was Targeting 'Mexicans'
By Ahmed Jawadi
By Ahmed Jawadi
August 9, 2019
​According to an arrest warrant affidavit, the suspect confessed to committing the shooting when he surrendered to police.
SHOW TRANSCRIPT

The suspected gunman in the shooting at an El Paso Walmart reportedly told police he was targeting "Mexicans." The attack left 22 people dead and two dozen more wounded.

According to an arrest warrant affidavit obtained by The Washington Post, the suspect confessed to the shooting when he surrendered to police. Given the growing body of research indicating that many mass shooters are motivated by the assurance of gaining notoriety, Newsy does not name suspected shooters or show images of them.

The affidavit says once the suspect was in police custody, he told officials he'd traveled from Allen, Texas, to the Walmart in El Paso "and entered the store with an assault rifle and multiple magazines." The suspect reportedly "stated his target were 'Mexicans.'"

The suspect also reportedly posted a racist and anti-immigrant manifesto on the website 8chan just prior to the shooting. He's been charged with capital murder and is being held without bond.