Want To Get Your Research Paper Some Press? Tie It To Valentine's Day 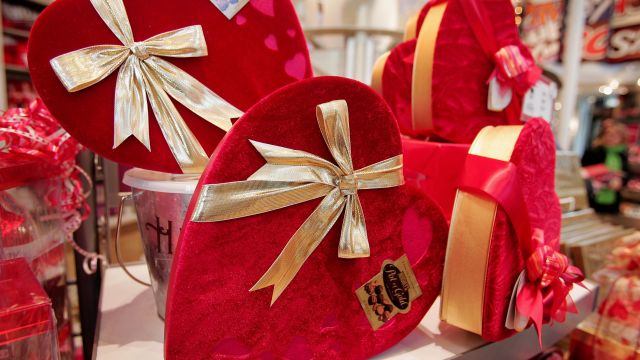 It's hard to find a connection between Valentine's Day and rare minerals or a new species of plant, but these researchers managed it.

Despite being a soulless corporate sham, Valentine's Day does have some bright spots — it gives canny researchers an opportunity to loosely tie some vaguely related research to the holiday for a little bit of extra press.

For instance, how do you get people to read about your new system for categorizing rare minerals? Lead your press release with the headline, “For a special Valentine? Beyond diamonds and gems."

The actual research looks at the 2,550 rare minerals that only form under highly specialized conditions and are rarely studied by geologists.

The press hook is that these minerals are substantially rarer and more valuable than the diamonds, emeralds and other gemstones couples exchange on V-Day.

Researcher Dr. Robert Hazen notes that "if you wanted to give your fiancee a really rare ring, forget diamond. Give her Sardinian ichnusaite." Which would be tricky, considering there’s only one known sample in the world, and it's miniscule.

Exhibit B: "Just in time for Valentine's Day, botanists from Hawaii have discovered a new species of plant with small heart-shaped fruits." That's heart-shaped, assuming you have a rather generous definition of what a heart looks like.

The new species, Coprosma cordicarpa, is a relative of the coffee plant discovered in the Kanaio Natural Reserve Area on the island of Maui. It's rare enough to qualify as a threatened plant species under the International Union for Conservation of Nature's standards.

The researchers are really leaning into the heart connection: The "cordicarpa" part of the plant's name is a reference to its allegedly heart-shaped fruit, and the botanists responsible for the discovery described it as "the result of a loving adventure with Hawaiian biodiversity."

While the romantic hooks might be a bit silly, the subject matter is important: Categorizing rare minerals can help us understand more about Earth's geological makeup, while identifying new plant species will help botanists understand and preserve Hawaii's unique biodiversity.

And if scientists have to write about hearts and rings on Valentine's Day to get us to pay attention, so be it.

This video includes images from Getty Images and video from National Geographic.