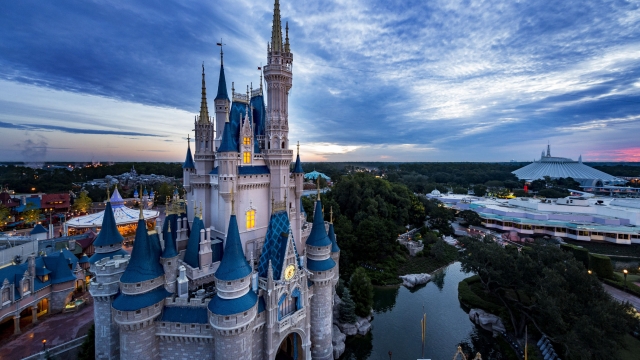 Walt Disney World is gearing up to welcome guests back to its parks this summer.

Disney's theme parks in Orlando, Florida, have been shut down since mid-March because of the coronavirus pandemic.

Jim MacPhee, the senior vice president of operations for Walt Disney World, told local Florida officials that the company plans to reopen Magic Kingdom and Animal Kingdom on July 11. Epcot and Hollywood Studios will open their gates to the public days later on July 15.

In order to try to prevent the spread of coronavirus, Disney plans to implement multiple health and safety measures in each park. All guests and employees will be required to wear face masks and undergo temperature screenings, and more hand-sanitizing stations will be installed throughout the parks.

Anything that draws a crowd, like parades, shows and character meet-and-greets, will be temporarily suspended. Park capacities will also be limited upon reopening. MacPhee did not specify exactly what those capacities will be — but Shanghai Disneyland limited its visitor numbers to just 20% of normal capacity when it reopened earlier this month.

The company has already begun its phased reopening of its Disney Springs shopping and entertainment complex in Orlando.

Other theme parks in the state, including Universal Orlando, Legoland Florida and SeaWorld Orlando, plan to reopen in early June.