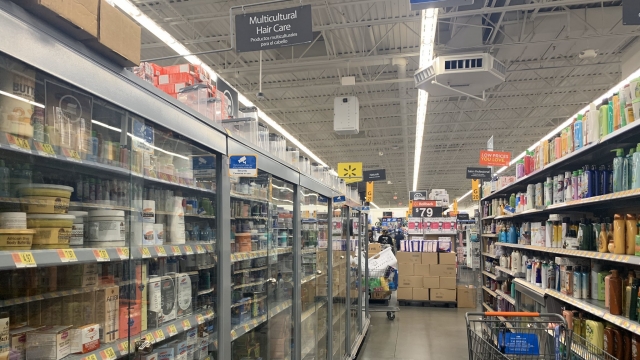 Multicultural hair care products have been locked in security cases. Across the aisle, products commonly used by White people are on open shelves.

Multicultural hair products at Walmart will no longer be kept in locked security cases.

In some Walmart locations, shampoos and conditioners commonly used by Black people are locked in plastic cases. An employee has to come unlock the case for customers, and then they are required to carry the product to the checkout aisle themselves. Meanwhile, just on the other side of the aisle, shampoos and conditioners commonly used by White people are placed on open shelves for anyone to pick up.

On Wednesday, Walmart announced it was banning that practice. It said it "does not tolerate discrimination of any kind," adding, "We're sensitive to the issue and understand the concerns raised by our customers and members of the community."

Walmart has said the security cases were a way to "deter shoplifters from some products," but it's faced criticism in the past as customers have described the policy as racial discrimination. Now, amid nationwide protests calling for racial equality in the wake of George Floyd's death and more people calling Walmart out, the company is making changes.