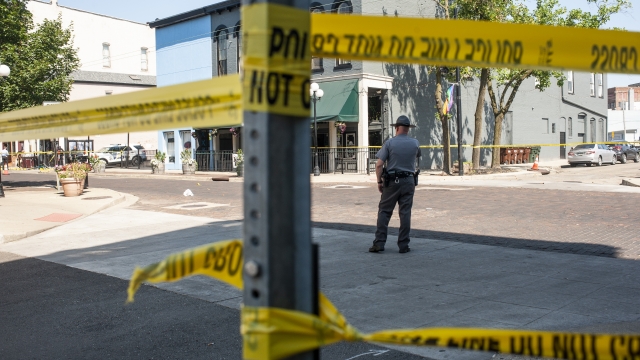 Walmart will discontinue the sale of some ammunition and stop selling handguns in Alaska.

Walmart is making some major changes when it comes to gun sales following multiple mass shootings, including some that happened inside Walmart stores.

Walmart CEO Doug McMillon said in an announcement Tuesday that after it sells the rest of its current firearm inventory, the retail giant will no longer sell handgun ammunition and short barrel rifle ammunition — a type of ammunition commonly used in military style weapons. McMillon says the change will cut its market share of ammunition from around 20% to anywhere from 6% to 9%.

Walmart will also discontinue the sale of handguns in Alaska.

McMillon says the changes are in response a number of shootings, some of which took place inside Walmart stores. In late July, a Walmart employee killed two associates inside a Mississippi store. On Aug. 3, 22 people were killed when a gunman opened fire in a Walmart in El Paso, Texas. Nine people were killed the following day in a separate attack outside a bar in Dayton, Ohio.

Also under the updated policy, Walmart will no longer allow people to openly carry firearms in any of its stores, including Sam's Clubs, in states that have open carry laws. The only exception to that rule will be authorized law enforcement officers.

McMillon said this rule change is in response to "individuals attempting to make a statement" and "well-intentioned customers acting lawfully that have inadvertently caused a store to be evacuated and local law enforcement to be called to respond." He's likely referring to an incident in Springfield, Missouri. A man sparked panic when he walked into a Walmart last month wearing body armor and carrying a rifle. Police said the suspect had previously posted on social media about how he could walk into the retailer "with a loaded .40" and no one would say anything.