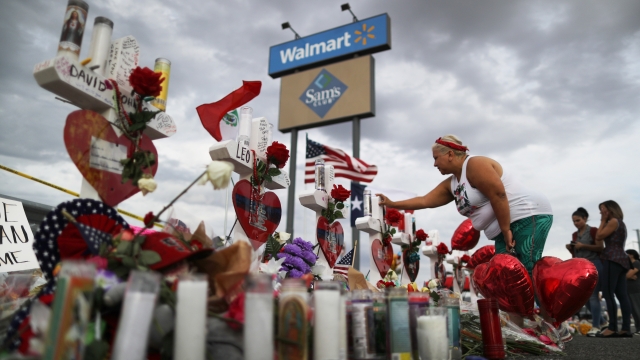 Retail giant Walmart has removed from its website about 1,000 third-party items found to be in violation of its policy banning merchandise that glorifies violence.

The move follows an announcement made last week by Walmart CEO Doug McMillon pledging to tackle gun violence in a "thoughtful and deliberate" way after two recent shootings at Walmart stores in El Paso, Texas, and Southaven, Mississippi. As part of this effort, Walmart had also issued a company-wide directive to remove video game displays and other materials or videos showing violent content. However, the chain did not remove the video games themselves.

The New York Times reports some Walmart employees questioned the practicality of the company's decision to remove the displays, noting it sells hunting rifles and shotguns at many of its Supercenter stores. Although Walmart doesn't sell military-style assault weapons like the ones used in El Paso and elsewhere, it remains one of the largest sellers of firearms and ammunitions in the U.S.

One store manager told the Times: "It's kind of funny that we can still sell firearms, but we can't show pictures of a cartoon character holding a gun. I believe it's bad business strategy."

While President Donald Trump and other Republican lawmakers have drawn a connection between video games and mass shootings, gun control advocates have pointed to research that suggests there is no link between them.

Shannon Watts of the group Moms Demand Action for Gun Sense, who also questioned Walmart's actions, said: "This idea that video games or movies or mental illness cause gun violence — there is no data that backs that up. Clearly the issue is easy access to guns, and we know that because that's what the data and the research tells us."

Big-box stores like Walmart have faced mounting pressure from activists and some Democratic lawmakers to stop the sale of guns. While some of these stores have announced plans to either review or change their sales policies, Walmart has said its policy will not change but that it will continue to review its inventory.