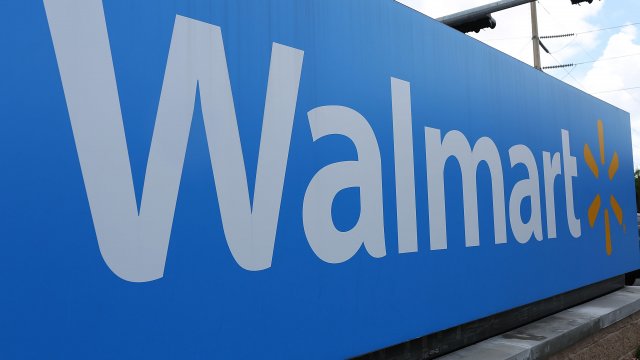 SMS
Walmart Removes Displays For Violent Video Games After Store Shootings
By Austin Kim
By Austin Kim
August 9, 2019
Walmart told its employees to remove the displays after shootings at two of its stores.
SHOW TRANSCRIPT

Walmart has told its employees to remove signs and displays for violent video games after recent shootings at its stores.

A Walmart spokesperson confirmed the memo to Newsy. In a statement, the company said, "We've taken this action out of respect for the incidents of the past week, and this action does not reflect a long-term change in our video game assortment."

The directive comes after multiple incidents at Walmart stores. A gunman at an El Paso store last weekend killed 22 people and injured dozens of others. Days before that mass shooting, two Walmart managers were shot and killed in Mississippi. And just Thursday, police arrested a man in Missouri after he entered a store wearing tactical armor and carrying two firearms.

Days after the El Paso shooting, a Walmart spokesperson said the company will continue to sell firearms. The company told Newsy it was reviewing its policies while supporting the communities affected by these shootings.

President Trump and other lawmakers have linked violent video games to mass shootings. But multiple studies show there is no direct connection between video games and violent acts.