How An Ordinary Wall Can Help Locals In Need 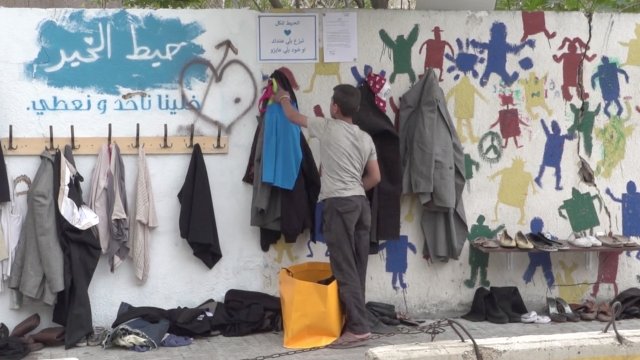 SMS
How An Ordinary Wall Can Help Locals In Need

By Melissa Prax
August 7, 2017
A group of volunteers stocks a wall in Lebanon with supplies to help those in the community who are less fortunate.
SHOW TRANSCRIPT

A wall in Lebanon has been transformed for a special purpose: helping those in need.

Volunteers donate and hang clothing, like jackets, and other items on the wall that can help locals.

The United Nations estimates nearly 30 percent of Lebanese residents live on less than $4 a day. That number of people has grown since 2011, even though Lebanon is considered an upper middle-income country. 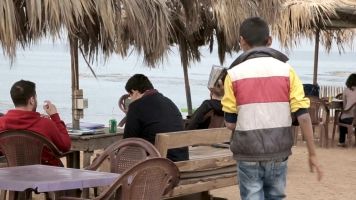 Some Syrian Kids In Lebanon Work More Hours Than Americans

Lebanon also has a large refugee population. The U.N. says 70 percent of refugees there are living in poverty and that some are living on the street.

"A lot of street children have taken this opportunity to come and find items for their families," a volunteer at the wall said.

"Walls of kindness" like this one are in other places around the world and intend to improve lives.

But even with good intentions, some walls have been bashed for looking messy or have been criticized by some in the community. But this one in Lebanon seems to have avoided that for now.

"It helps people in need who don't really reach out to other people," Lebanese resident Yusuf Kobeissi said.