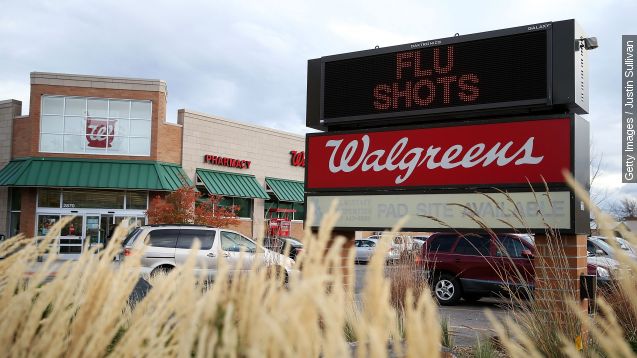 SMS
Walgreens To Buy Rite Aid In $17.2 Billion Deal
By Katie Link
By Katie Link
October 27, 2015
Walgreens is set to buy Rite Aid for $9.4 billion in cash. This is the latest in Walgreens' slow rise to the top of the drugstore industry.
SHOW TRANSCRIPT

The move unites two of the nation's largest drugstore chains. Combined, they account for about 13,000 stores.

Some speculate the major buyout could raise red flags from antitrust regulators since Walgreens and Rite Aid are two of the three largest drugstore owners in the country. (Video via Rite Aid Pharmacy)

CNN reports Rite Aid stores will still keep their names, at least for a little while. The companies expect to close the deal by the second half of next year.