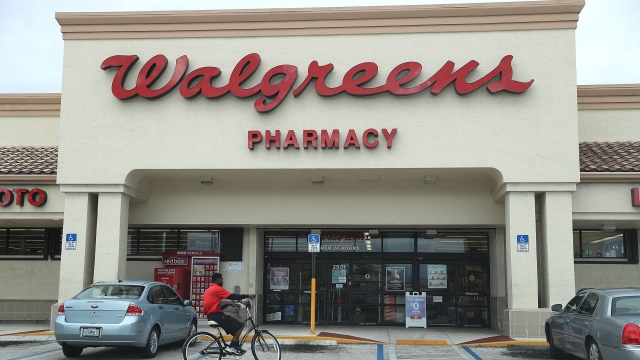 SMS
Walgreens, Rite Aid Up Minimum Age To Buy Tobacco Products To 21
By Cristina Mutchler
By Cristina Mutchler
April 23, 2019
Both drug store chains announced Tuesday that starting in the near future, they'll only sell tobacco products to customers 21 and older.
SHOW TRANSCRIPT

Walgreens will implement the change starting Sept. 1., and Rite Aid's new policy will go into effect within 90 days.

The moves are in response to the FDA targeting retailers for allegedly selling tobacco products to minors.

Earlier this year, the agency put several chains on notice after an investigation revealed "repeated" illegal sales. It said Walgreens was the "top violator", with 22 percent of inspected stores having sold tobacco to underage customers. Close to 10 percent of Rite Aid stores inspected were in violation.

Multiple states and municipalities have already raised the tobacco sale age to 21, and Sen. Mitch McConnell said he plans to introduce similar federal legislation sometime in May.

Federal health regulators have been implementing strategies to help curb teen tobacco use, like releasing a set of regulations aimed at combating youth access to e-cigarettes.

According to the FDA, an estimated 4.9 million middle and high school students reported recent use of a tobacco product in 2018.