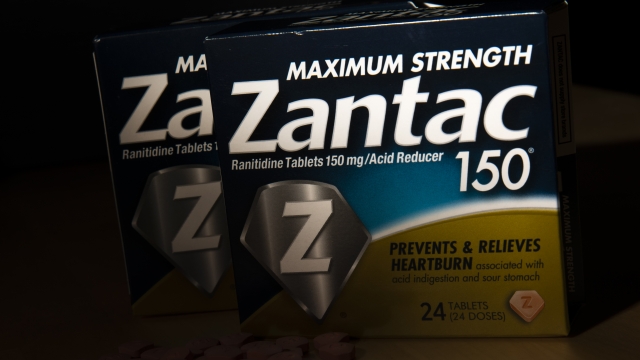 SMS
Walgreens, CVS Pull Zantac Off Shelves Over Carcinogen Concerns
By Ahmed Jawadi
By Ahmed Jawadi
September 30, 2019
The pharmacy chains will stop selling the drug pending a review by the FDA.
SHOW TRANSCRIPT

Pharmacy chains CVS and Walgreens have stopped selling the heartburn medicine Zantac over concerns that the product contains a "probable carcinogen."

On Saturday, CVS announced it would suspend the sale of Zantac, as well as the store's generic version, "until further notice." A Walgreens spokesperson said in a statement on Monday that it, too, has pulled ranitidine medicines off its shelves "while the FDA continues its review of the products."

In mid-September, the FDA said some ranitidine-containing products, including prescription drugs and over-the-counter heartburn medicines, contain low levels of an impurity called NDMA. NDMA is classified as "a probable human carcinogen," or a substance that could cause cancer. The FDA has been investigating the compound since last year and "is evaluating whether the low levels of NDMA in ranitidine pose a risk to patients."

Walgreens and CVS both noted that ranitidine products have not been recalled, and the FDA has not called for users to stop taking the drug at this time. But it says people "who wish to discontinue use" should talk to their doctors about other treatment options. Both retailers said customers who bought the products can return them for a refund.