Wal-Mart Stock Nosedives As It Tries To Compete With Amazon 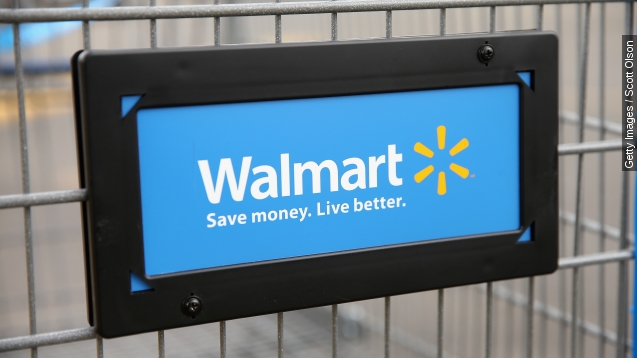 SMS
Wal-Mart Stock Nosedives As It Tries To Compete With Amazon
By Bell Johnson
By Bell Johnson
October 14, 2015
Wal-Mart's stocks fell as the company announced low growth rates. Investors are worried about the company's long-term investments paying off.
SHOW TRANSCRIPT

Investors are beginning to question Wal-Mart's growth strategy after the company announced a projected 6 to 12 percent drop in earnings for the 2017 fiscal year.

Shares nose-dived 10 percent on the announcement; the company's stock has gone down nearly 30 percent this year.

Wal-Mart recently lost its position as the world's largest retailer to Amazon, which has been leading the online retail space. (Video via Bloomberg)

In an attempt to compete, Wal-Mart recently unveiled plans to improve the overall shopping experience by raising employee wages and investing in its e-commerce sector. (Video via Wal-Mart)

Wal-Mart's CEO Doug McMillon says these investments are part of a redesign strategy to appeal to the consumer: "But we wanted to make sure we had the right customer experience in place before we started telling everybody about it. And like we said to the analysts today as it relates to our investment, and our people and stores, to clean up your house before you invite people over."

Currently, Wal-Mart only brings in less than 3 percent of its total profit through online revenue. The question it now faces is whether a retailer so heavily invested in brick-and-mortar stores can make the transition to Internet commerce. (Video via Wal-Mart)

Wal-Mart estimates a 3 to 4 percent annual growth rate in the next three years, but the jury is still out on whether a change in strategy will be enough to pacify the company's investors.