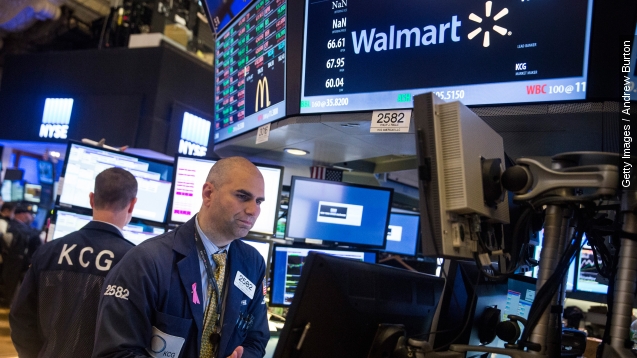 Things are starting to look up for Wal-Mart after its third-quarter earnings report beat Wall Street's expectations.

Comparable sales at Wal-Mart's stores rose 1.5 percent, and traffic was up 1.7 percent. But its total revenue at $117 billion is down compared to last year's figure of $119 billion.

Last month, company stock plunged after it said profits next year could drop as much as 12 percent. But stock was up at more than 5 percent following the third quarter earnings report.

Regardless, Wal-Mart still has some pretty hefty expenses to pay for in the coming years.

It has raised its minimum wage to $9, given managers a pay increase and implemented new training programs that will cost $2.7 billion over two years.

It's also expected to invest $1.5 billion into making its e-commerce operations more efficient to better compete with companies like Amazon.

So it could take some time before Wal-Mart sees serious growth, but at least the most recent earnings report shows that its efforts are paying off.