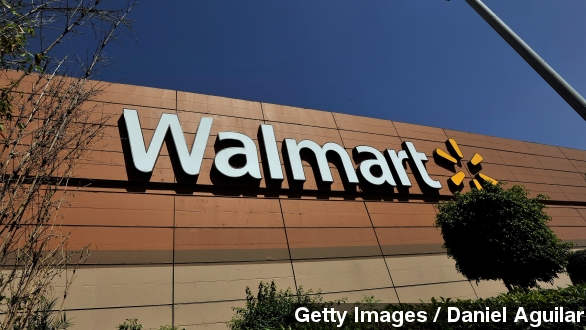 Some Wal-Mart employees are frustrated after the company changed its dress code, now requiring employees to cover the cost of the new uniforms.

So it seems Wal-Mart is making a change to its dress code, and for some employees, that means buying some new clothes.

Which, workers say, is problematic because that costs money. Money that some say they just don't have. Instead of the T-shirts required before, employees will have to wear white or navy blue collared shirts and khaki or black pants. (Video via Wal-Mart)

Associates will also now be required to wear a vest, but that will be provided by the company. A human resources executive made the announcement on the company's employees-only website last month.

Comments from angry workers were leaked to Gawker. One said: "This is our only source of income with my wife and two kids. We can hardly afford to live on my income now with us having to pay for a new uniform (aside from the vest). It's silly."

Wal-Mart is one of the world's largest corporations, and for years it has faced scrutiny from people wondering whether it could pay its employees more.

According to Wal-Mart's website, the average wage for an employee is $12.96 an hour, although critics point out that's the average full-time wage and many workers make less than that.

The National Bureau of Economic Research found cashiers, for example, make an average of $8.48 an hour.

The company has seen its share of harsh criticism in the past for low workers' wages.

Some of the comments obtained by Gawker show a disconnect between its executives and employees: "When will you admit you and the big fish at Walmart were wrong and scrap this busy work project that you and others are using to justify your big paychecks?"

However, a Wal-Mart spokesman told CNBC the company has also heard that "some are excited about the update. They think it will help them serve customers even better by being more readily identifiable."