Wait Until Black Friday To Buy These Items 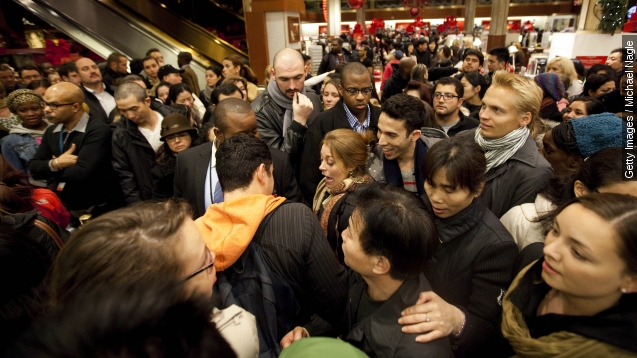 SMS
Wait Until Black Friday To Buy These Items
By Ben Lawson
By Ben Lawson
November 4, 2015
With Black Friday approaching all too quickly, it's probably a good idea to hold off buying some things until that wonderful day arrives.
SHOW TRANSCRIPT

With Black Friday approaching all too quickly, it's probably a good idea to hold off buying some things until that wonderful — or horrifying — day arrives.

The biggest one to watch for is technology, especially HDTVs of any size. There will probably be no shortage of deals on them, including ones with 4K Ultra HD. (Video via Samsung)

Then there are smartphones, tablets and laptops. Don't expect to find a lot of deals on top-of-the-line laptops, but if you aren't too picky, you might want to hold on to your cash for now. (Video via Dell, Amazon)

All kinds of major appliances, like dishwashers and refrigerators, typically get discounts as well.

Also, if you are looking for some gifts, there will likely be a huge quantity of movies, TV shows and video games on sale.

And there is usually all kinds of outerwear being sold at nice discounts as well. So putting a few more miles on that winter coat might not be such a bad idea. (Video via Lands' End)

So, you could save a huge amount of money by shopping on Black Friday — that is, if you are brave enough to get out there.