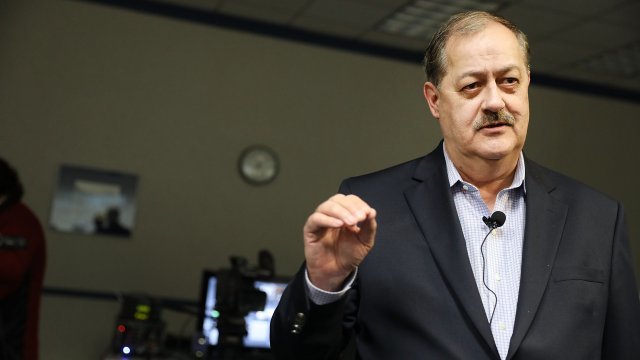 Blankenship ran for Senate as a Republican in the state's primaries but lost. He tried to get on the November ballot as a third-party candidate, but the Supreme Court denied his application Wednesday under the state's "sore loser" law.

It keeps major-party primary candidates who lose from running in the general election as a minor-party candidate.

But Blankenship may not be giving up. He's reportedly said that if the state court rejected his bid that he'd take his case to federal appeals court.

If he were to get on the ballot, he'd face off against Republican nominee state Attorney General Patrick Morrisey and Democratic incumbent Sen. Joe Manchin.

Blankenship is the former CEO of Massey Energy. He was sentenced to a year in prison for safety violations after an explosion in one of his mines left 29 workers dead.